This Viking-comic is going to tell the story of a pretty strange fellowship:

A berserk, a female blacksmith and an evil sorcerer. It’s not finished yet … not yet.

Here are some concepts and a page out of the comic. 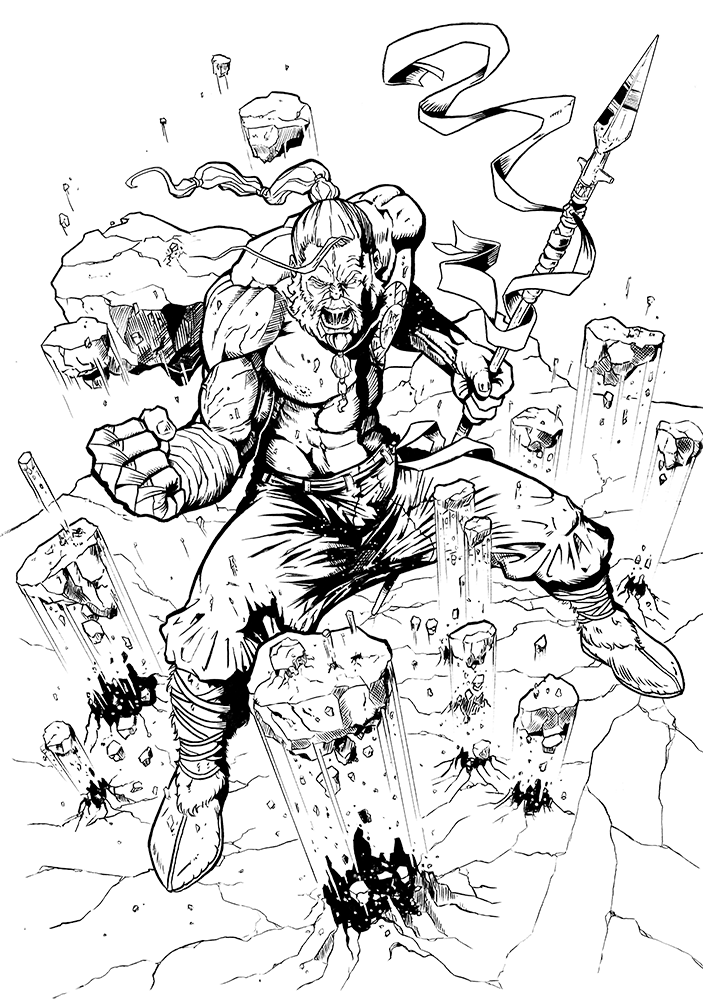 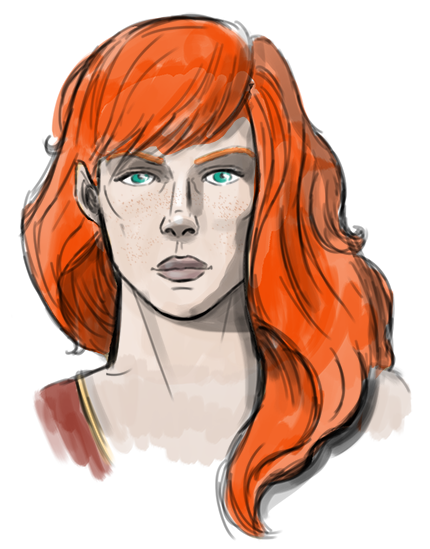 Concept of the blacksmith woman 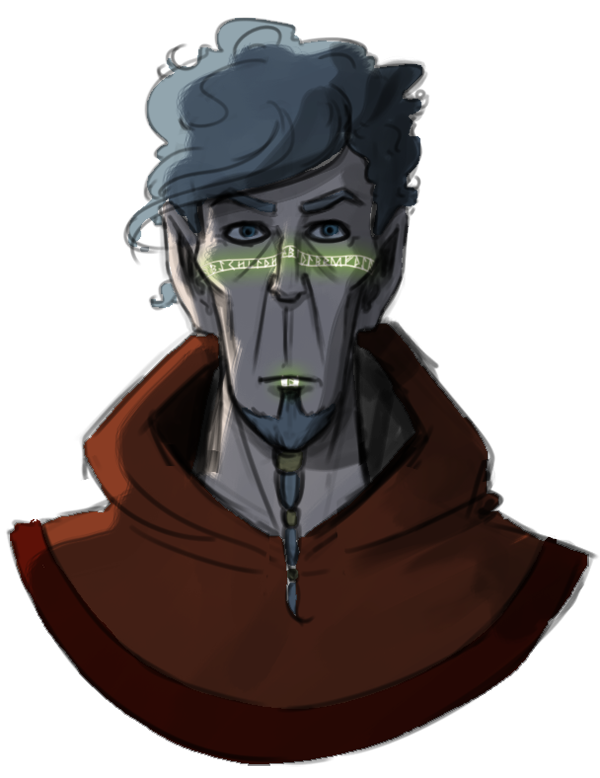 Concept of that evil sorcerer 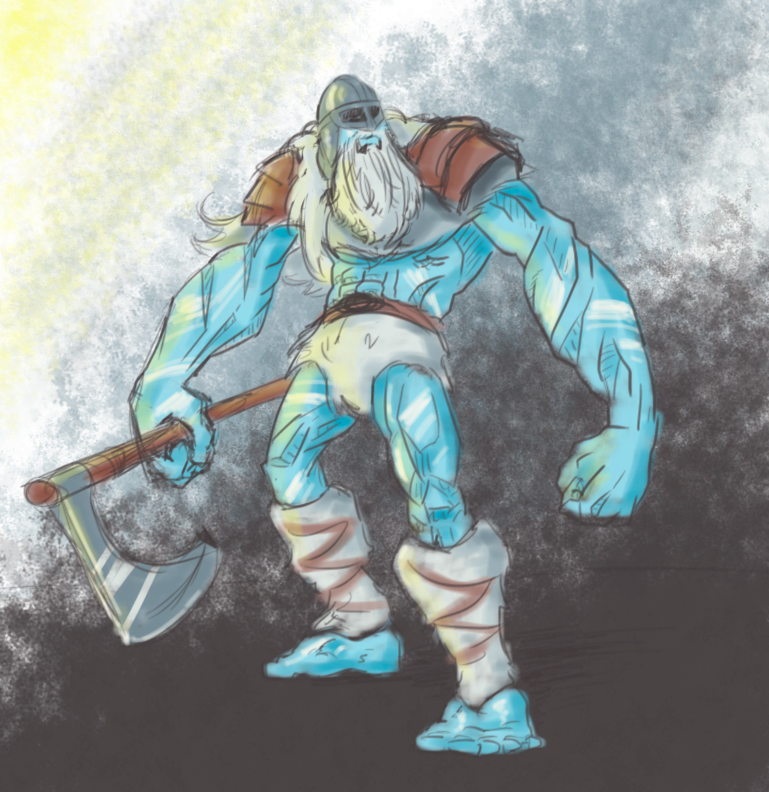 Concept of a frost giant 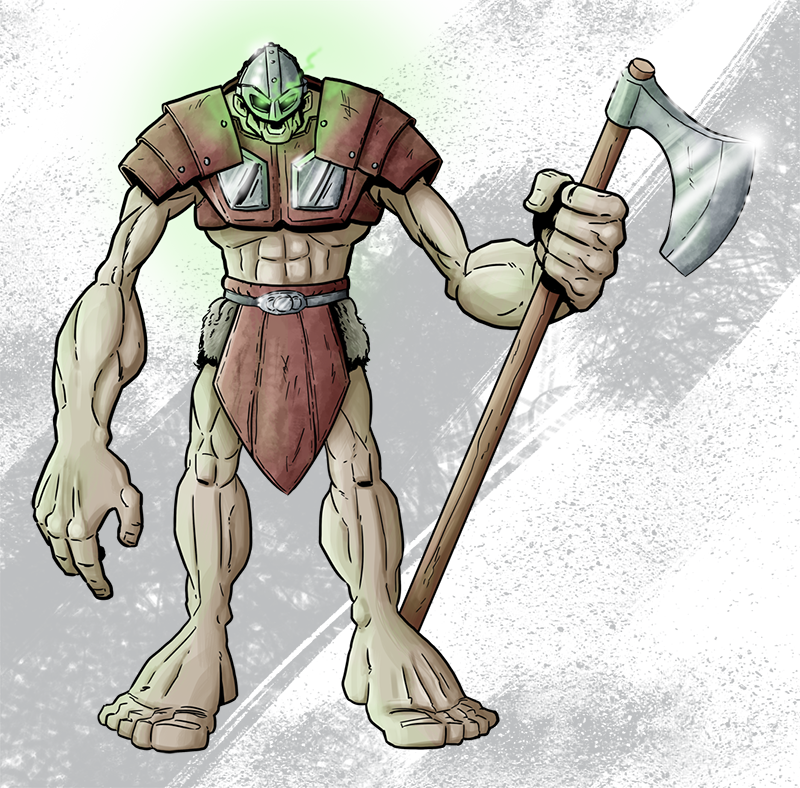 Concept of a giant 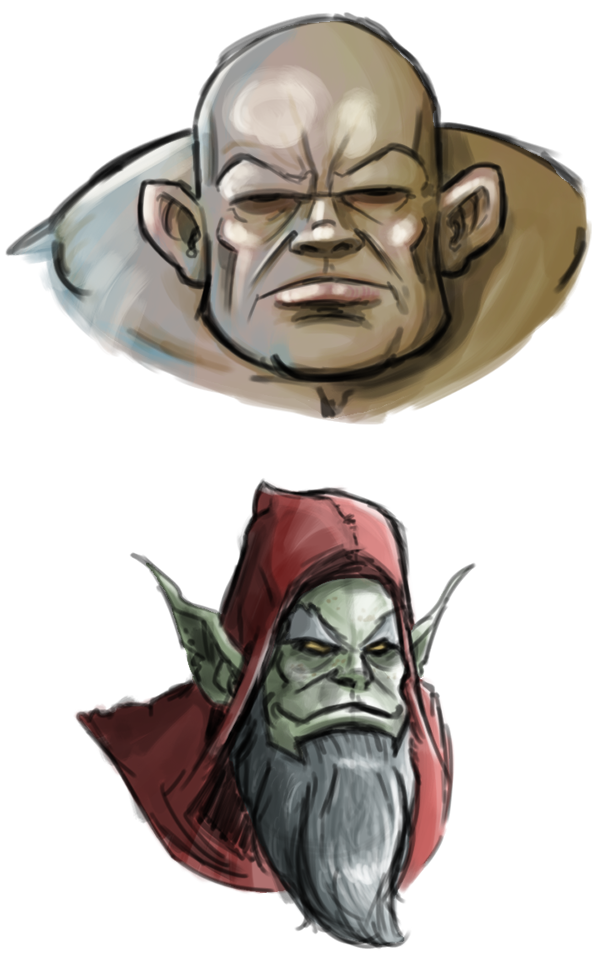 Concept of some giant’s and some dwarf’s face 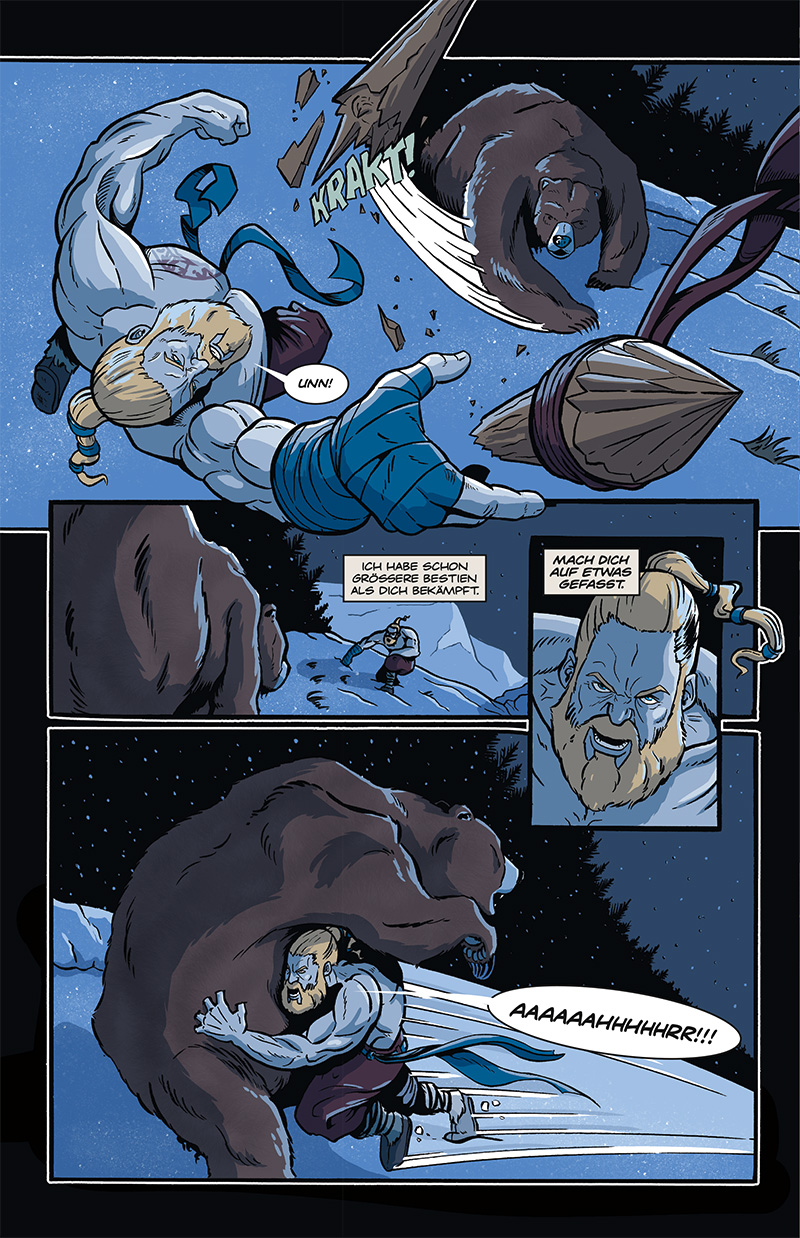 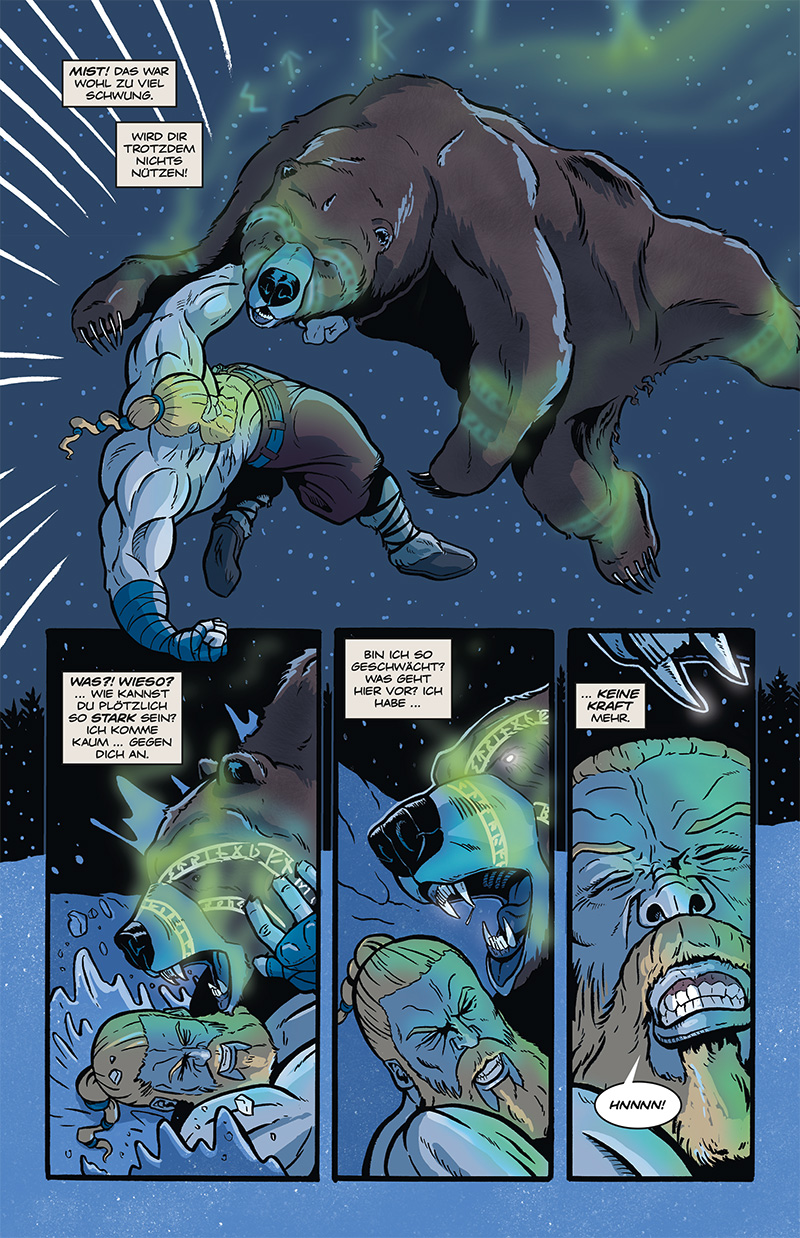 Two pages of the comic

I started doing three panel cartoon strips about Shaolin Kung Fu in 2013 and stopped doing it in 2015.

Now I’m working on a new concept for the SHAOLIN STORIES.

Here are some artworks. 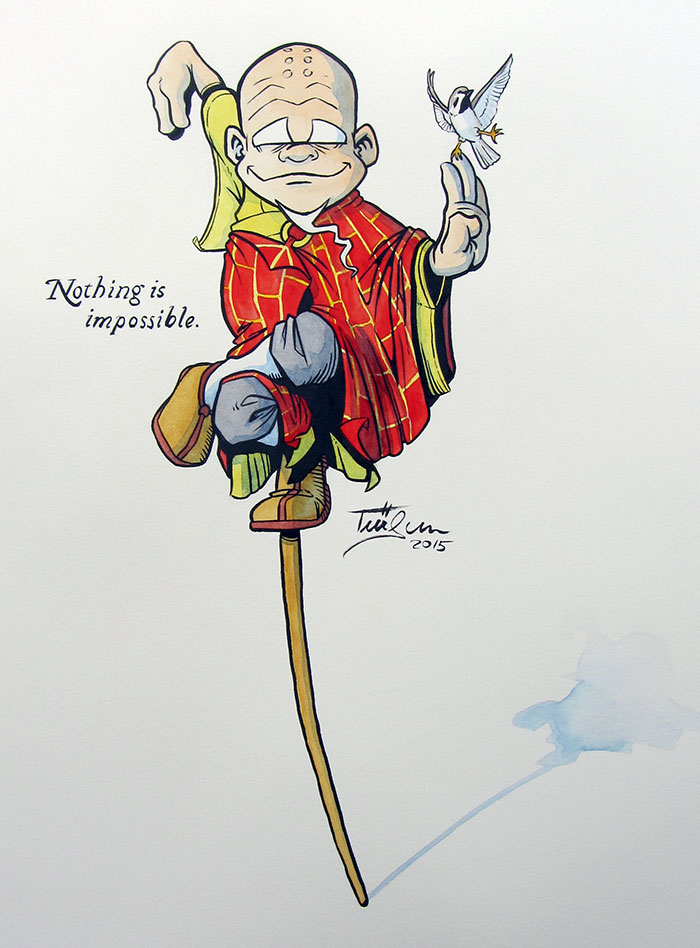 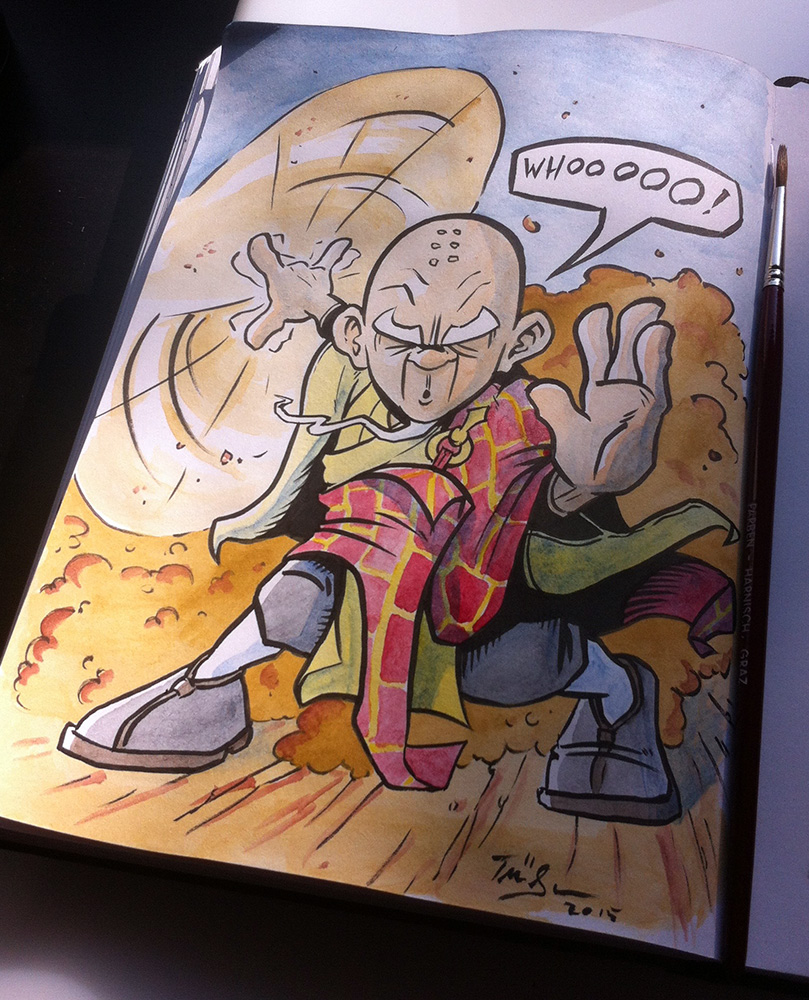 The grandmaster getting serious 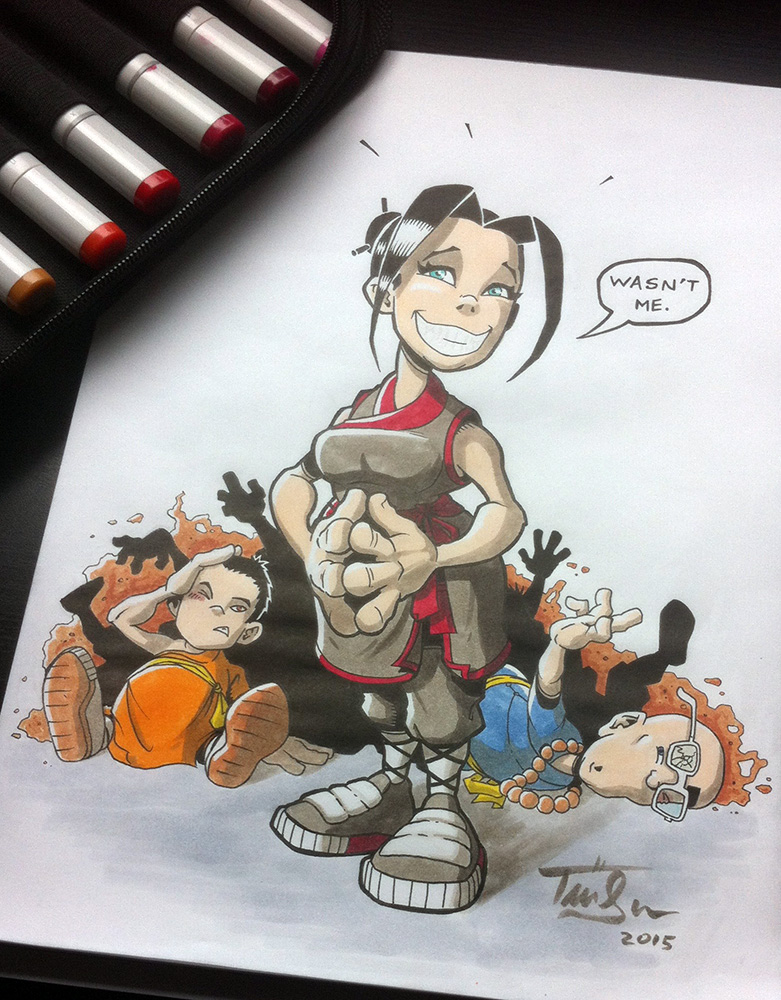 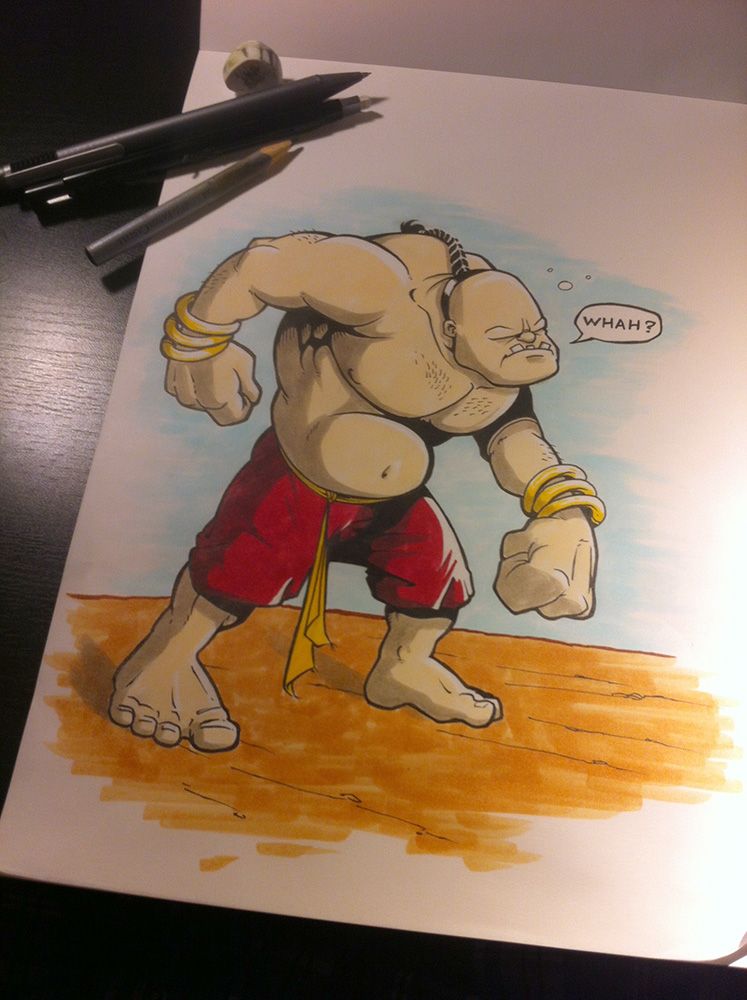 Bud, the massive one 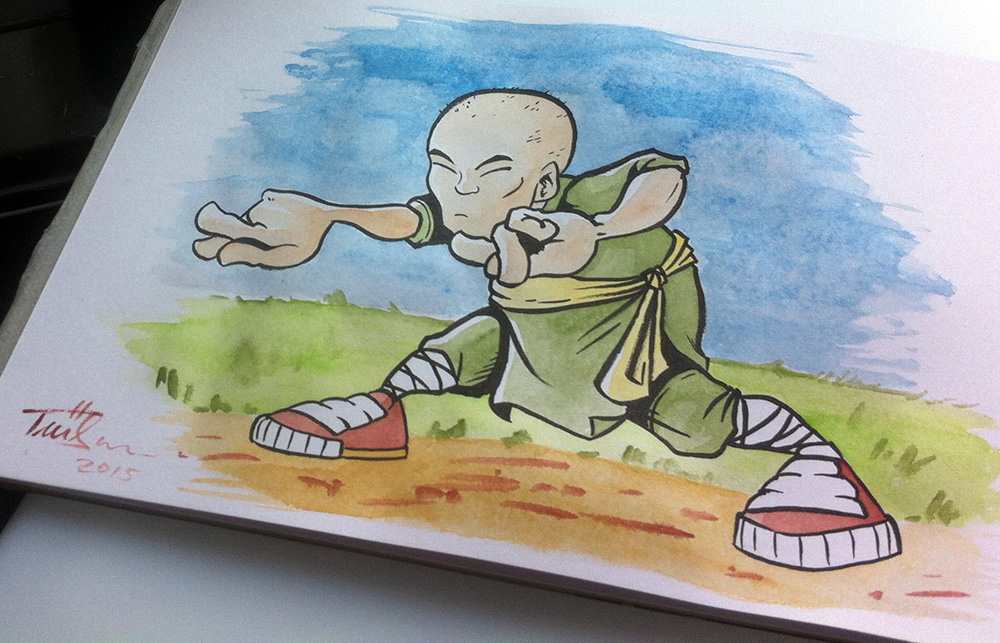 In the beginning of 2015 I did a comic together with Comic Artist David Angelo Tschmuck.

We were both writing the story, doing concepts and the penciling.

David did the coloring and I did the inking.

Here are the cover and four of the 28 pages of the comic. 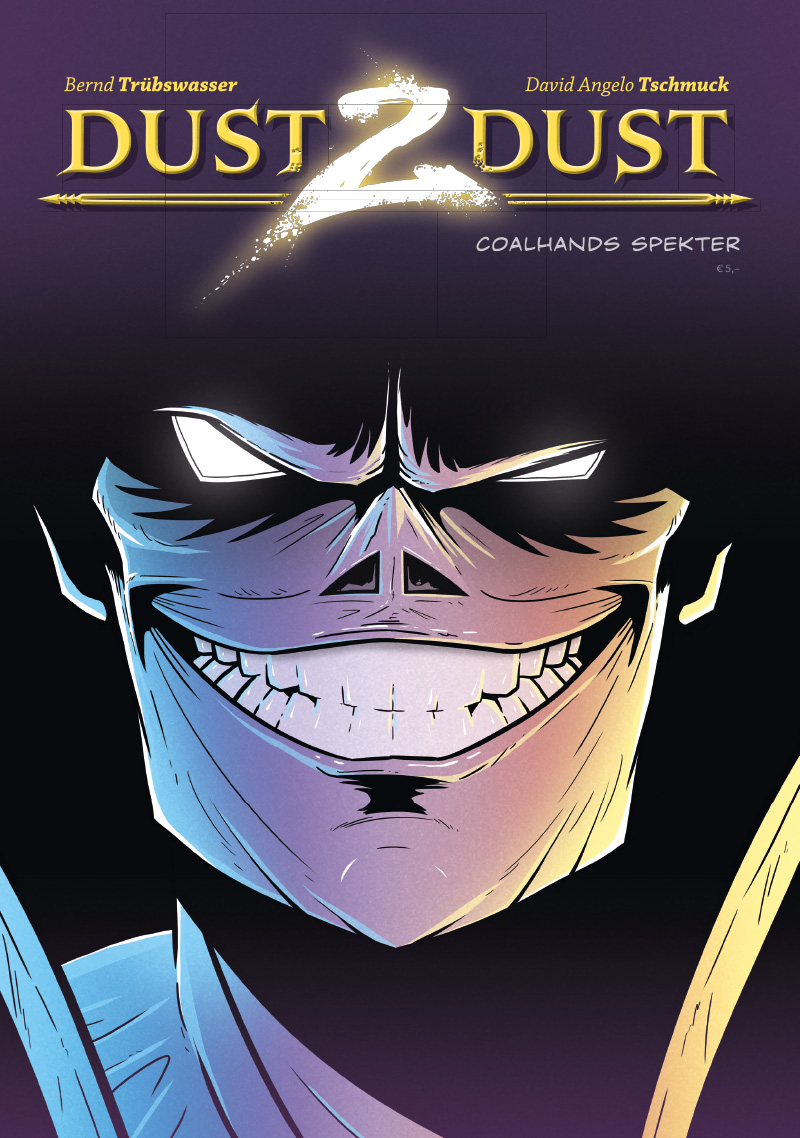 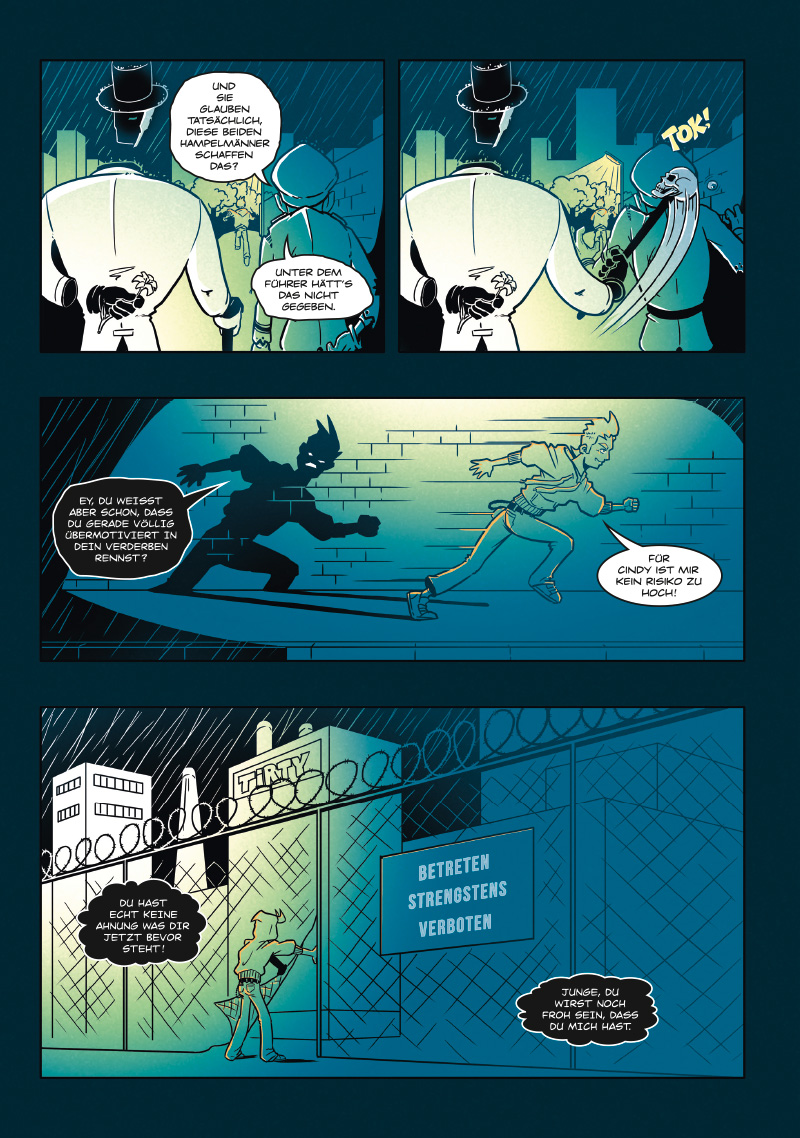 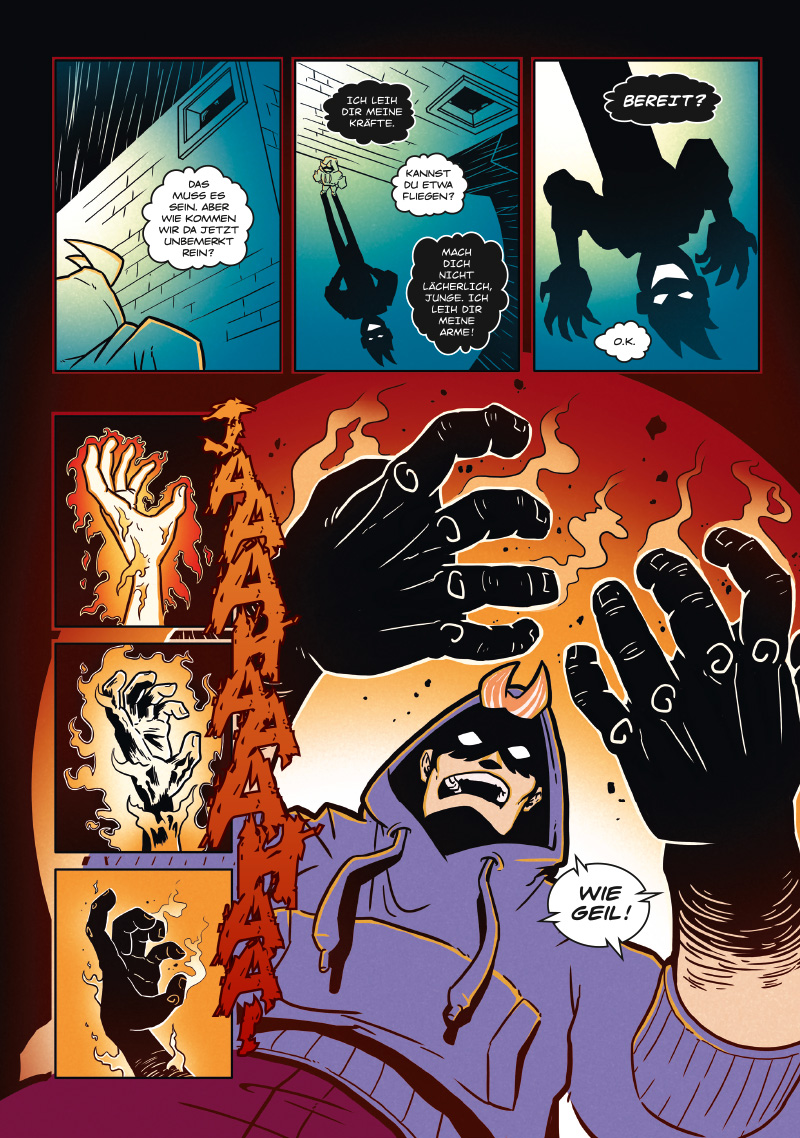 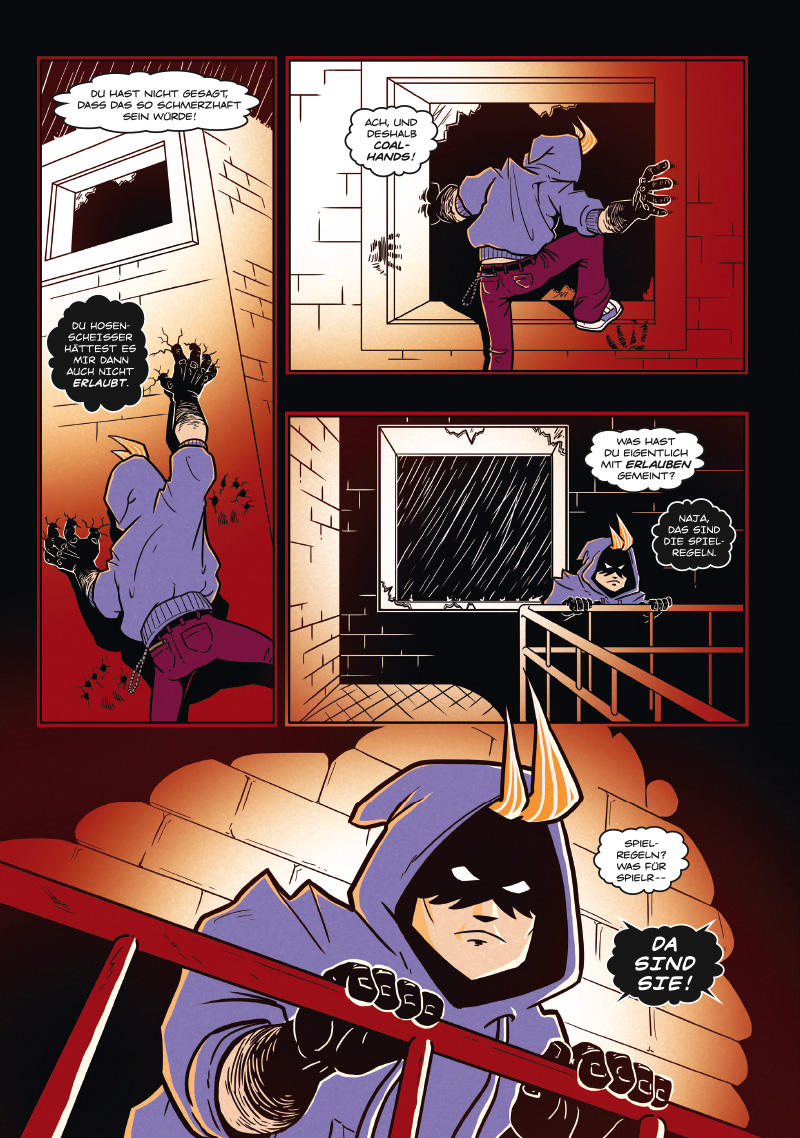 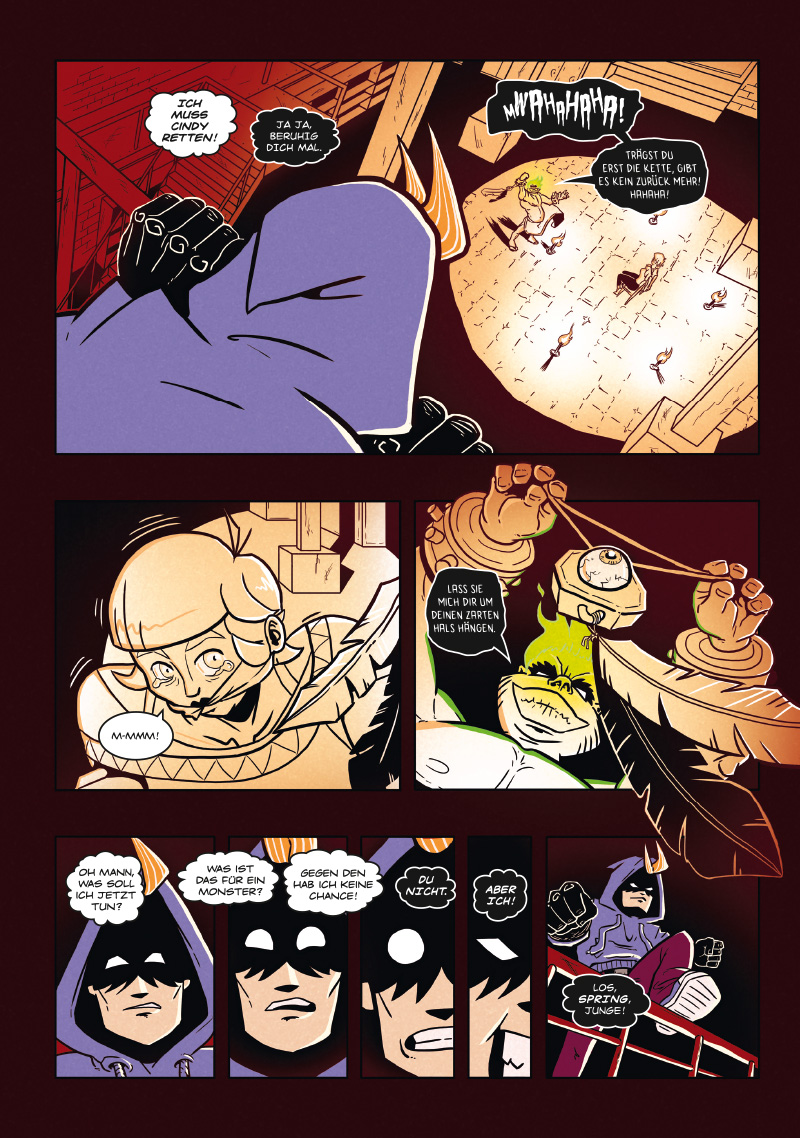 CORPUS CHRISTI is a Supernatural–Western crossover Comic I did in 2014.

Here are the cover and the first five of 20 pages. 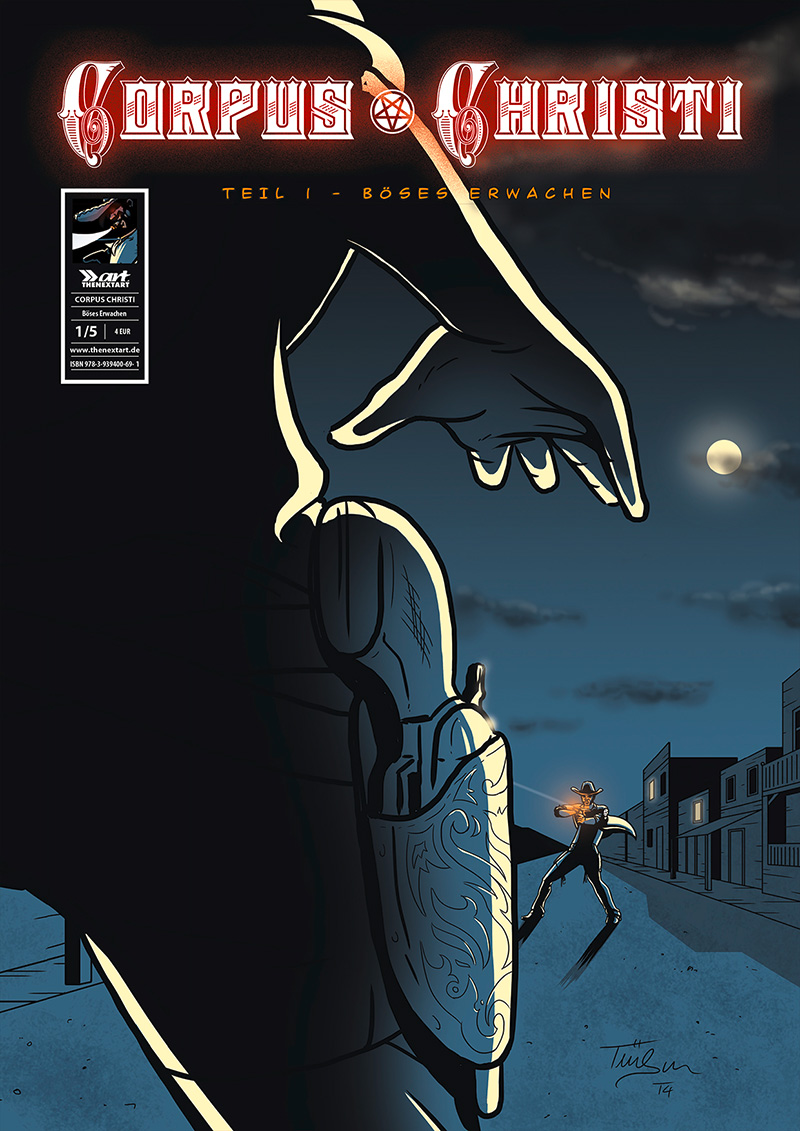 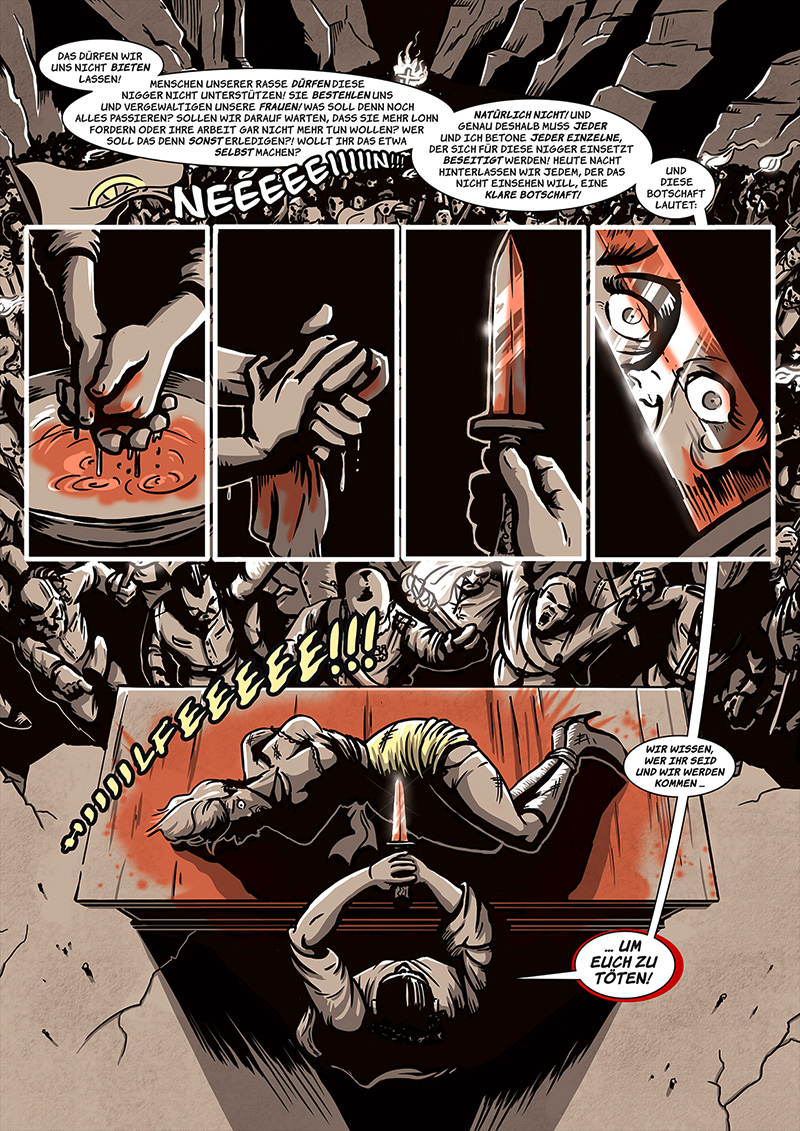 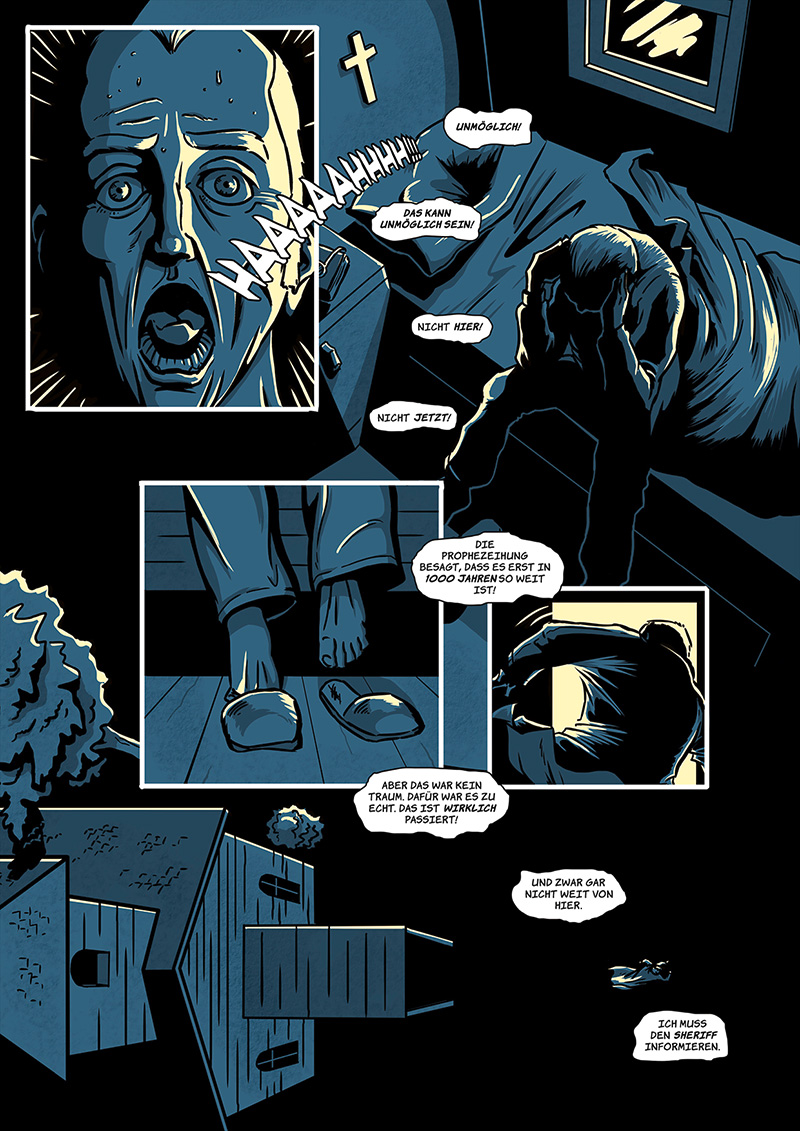 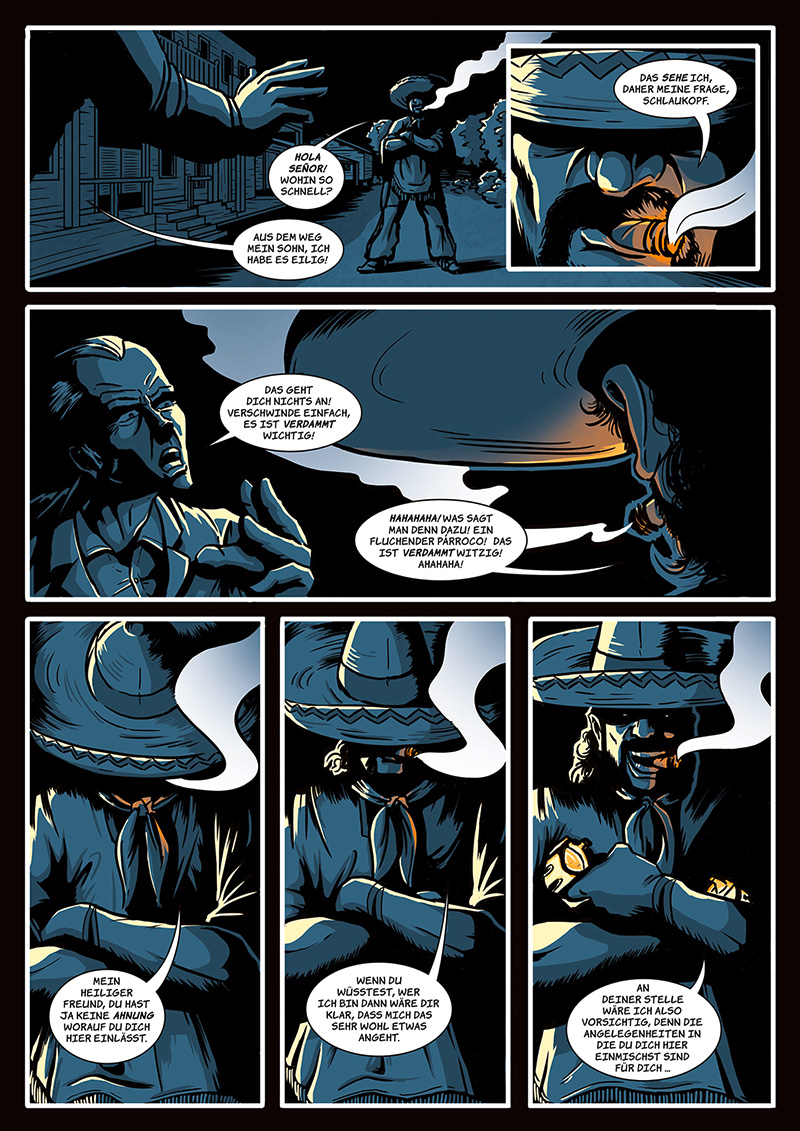 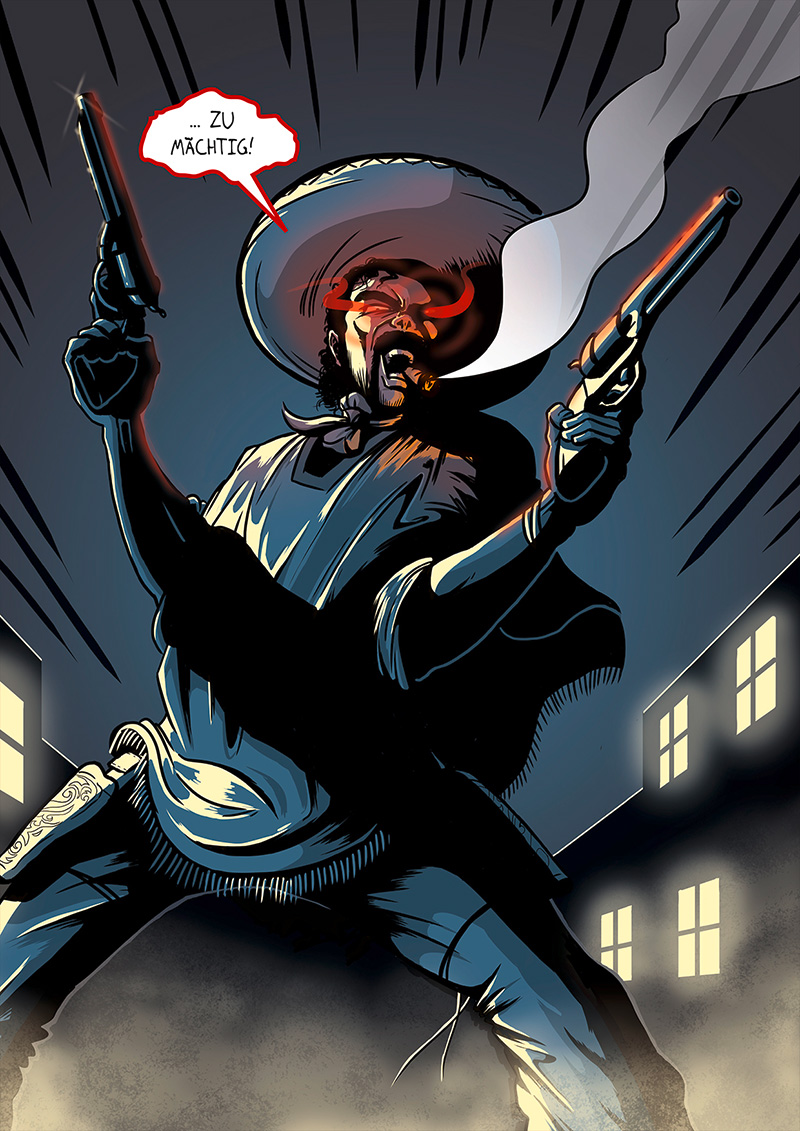 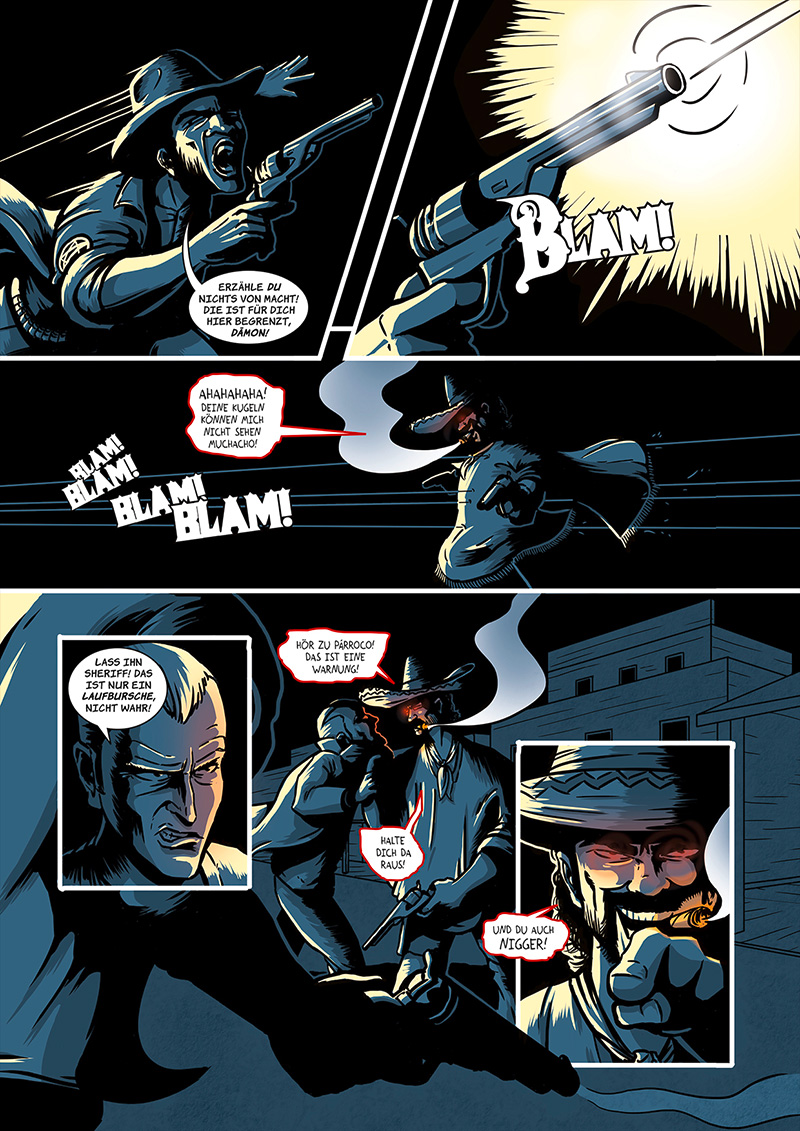